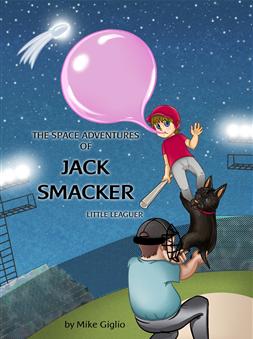 Jack Smacker is a series of adventure books that takes kids through space, around the Earth, and much more. This book is the first of many to be written in the series. You'll get to know Jack and all his friends. Jack was like every other boy until he learned about a magical secret: when he played baseball with all of his heart, anything could happen during a baseball game! When Jack encounters Slick, a space girl in the middle of a game, his world is turned upside down. Follow Jack as he discovers the secrets of space; from galaxy ice cream to the rings of Saturn and the power of friendship. 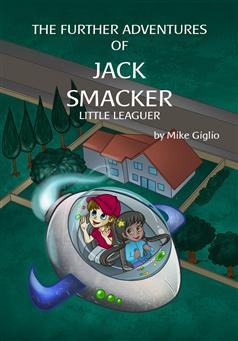 It was the fourth game of the season, against a really tough Pirates team. Jack Smacker puts his team on his shoulders and leads them to victory with a towering homerun far off into the night sky. Jack is awakened later in the night to find Slick and her space ship waiting in the backyard. They hop in the ship and off they go, this time exploring the oceans of the Earth. "Holy Cow, Mermaids, Whales, the City of Atlantis, and much more!"